Businesses jump at $130b wage subsidy plan - Businesses are rushing to sign up to the federal government's $130 billion plan to subsidise wages during the coronavirus pandemic.About 113,000 busin ...
One million tested in US for virus: Trump - US President Donald Trump says more than one million Americans had been tested for coronavirus and has urged people to continue to follow social dista ...
NSW cracks down as virus cases pass 2000 - The NSW government is urging the community to keep social gatherings to a minimum and obey new regulations as the number of confirmed COVID-19 cases a ...
NSW's devastating bushfire season ends - The devastating bushfire season in NSW has officially ended with more than five million hectares of land burnt across the state.NSW Rural Fire Service ...
Latest snapshot of the coronavirus impact 31/03/2020 - LATEST NEWS ABOUT COVID-19: -- NUMBERS * Confirmed cases in Australia: 4245. NSW remains the worst hit with 1918. * Australian deaths: 18 (eight i ...
Wage subsidy package to soften virus' blow - The federal government is rolling out the biggest economic stimulus package in Australian history to protect six million jobs potentially affected by ...
SA firm to make 100mln-plus surgical masks - More than 100 million surgical masks will be pumped out by a South Australian company in the coming months under an agreement with the federal and SA ...
Corona clampdown: stay home - Tougher social coronavirus controls are now in force in Tasmania, with the only legitimate reasons for leaving home including work, exercise, supply ...
Victoria warned to obey lockdown rules - Days after Victorians ignored advice to stay at home and flocked to the beaches, the state enters a partial lockdown banning gatherings of more than t ...
Tasmania records first coronavirus death - An elderly woman has become Tasmania's first coronavirus death, as people are warned they could be arrested for disobeying national social gathering o ... 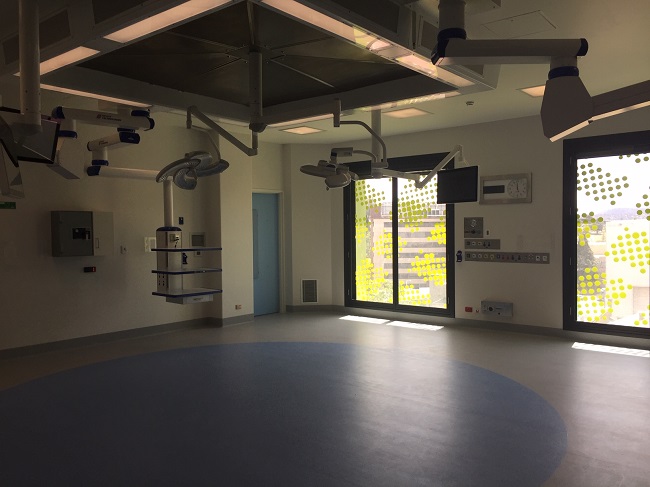 A report out today confirms the Launceston General Hospital has the worst emergency department bed block in Australia, with the Royal Hobart rated the nation's third-worst.

Independent health policy analyst Martyn Goddard says our hospitals have enough staff to treat up to another 25,000 admitted patients each year, but there simply aren't enough beds.

He says only 10 new beds will open in the Royal's new K Block.

"There is room there for 250 extra beds in K Block at the Royal Hobart Hospital. The government is putting in 44, of those only 10 are actually going to be new beds, the rest will be transferred from elsewhere in the hospital," he said.

"The state needs about 300 extra hospital beds to restore the level of capability it had a decade ago. Tasmania needs 50 more beds each year to keep up with rising demand," Mr Goddard added.

It comes as the State Government announced health system management changes, which its hoping will bring about improvements and efficiencies, but Mr Goddard says the changes won't go far enough.

President of AMA Tasmania, Professor John Burgess is supportive of the streamlining to improve accountability, having also commended the government for its recent extra funding into the system.