Five cruise ships to depart NSW waters - Five cruise ships docked in Sydney harbour will be sent out to sea as the NSW government deals with the ugly fallout of the Ruby Princess affair.NSW P ...
V'landys confident of June 1 NRL return - Australian Rugby League Commission chairman Peter V'landys is increasingly optimistic about resuming the NRL on June 1.V'landys on Saturday cited decr ...
Two health workers among new COVID-19 cases - An urgent investigation into how two medical ward staff at Burnie's North West Regional Hospital contracted coronavirus is underway. The other four ...
Supermarkets boost COVID-19 measures - Australia's major supermarkets have beefed up social distancing measures ahead of the Easter rush.Woolworths and Coles will limit the number of custom ...
NSW defends handling of Ruby Princess - Brad Hazzard has defended the governments's handling of the Ruby Princess saga as pressure mounted on the NSW Health minister.As the state's coronavir ...
Musos urged to join Anzac driveway service - The moving sounds of the Last Post echo from driveways across Australia at dawn on Anzac Day, connecting people forced to keep their distance because ...
More young people severely ill with virus - More younger people are falling severely ill with coronavirus, the World Health Organisation says, as the number of deaths passes 50,000 globally.The ...
Italy's virus toll jumps 766 to near 15K - Italian authorities have reported 766 new COVID-19 fatalities, bringing the country's death toll from the coronavirus pandemic to nearly 15,000.Italy' ...
Tas coronavirus case from Ruby Princess - One of the six Tasmanians who recently tested positive to coronavirus had been aboard the Ruby Princess cruise ship.Six people tested positive to the ...
Latest snapshot of the coronavirus impact - LATEST NEWS ABOUT COVID-19:--NUMBERS* Confirmed cases in Australia: 5,314, with around 650 recovered. NSW is the worst hit with 2,389 and about 650 pe ... A team of 21 volunteers have returned from Tasmania's remote beaches in the Wilderness World Heritage Area, collecting 66,752 pieces of rubbish.

Team Clean has been doing the voyage since 1999, aiming to tackle marine pollution.

"These beaches get rubbish from Asia, South America, South Africa but it looks like we're making a dent...we picked up way fewer big items than in the last 20 years."

The group left Hobart on three commercial fishing boats on March 14 headed for Port Davey on the south-west coast.

"It was very rough and over half the team succumbed to sea-sickness," Mr Dell said.

Volunteers slept on the boats, given camping is difficult in the heavy winds which are prominent in that area.

On one particular day this trip they worked over 9 hours and did over 14 kilometres of walking.

Team Clean is a 100% not-for-profit organisation. 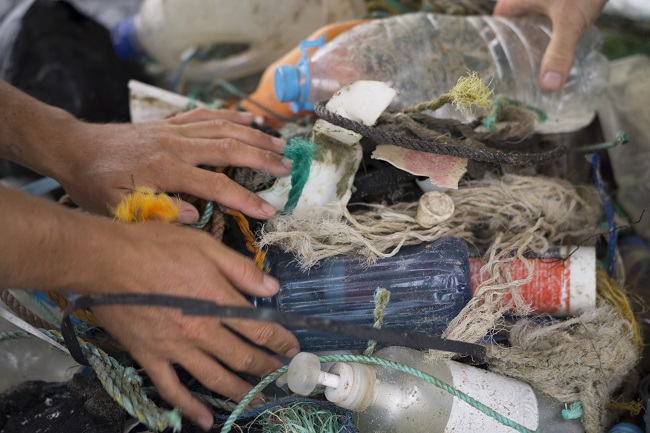