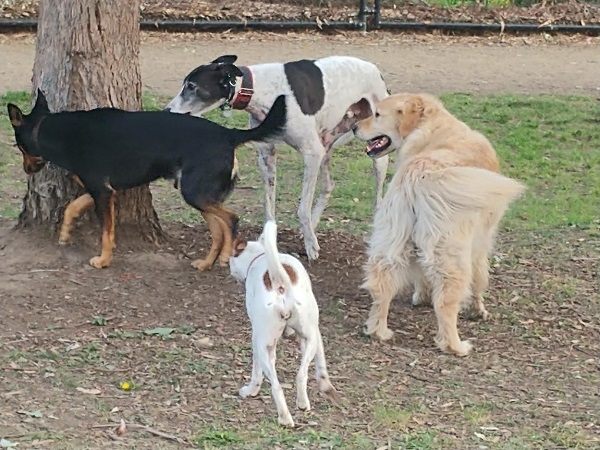 Poison in chicken is believed to have killed a dog who appears to have ingested a bait laid in his yard in Hobart's Lenah Valley on Friday.

6 year old Rottweiler Cuddles had multiple fits and began bleeding from the brain before he had to be put down.

His owner, Jess Bryant, is aware of other baiting in the neighbourhood.

"From what I have seen on Facebook and around social media, there are quite a few dogs around the area that have been baited in the past week or so, just the day after we had to put our boy down there was another dog in critical condition at the vet."

Jess says she was previously warned about one individual who has come under suspicion for anti dog activity in the suburb in the past.

Other dog owners appear to have been spooked by this fresh round of dog baiting in Lenah Valley with users of John Turnbull Park noticeably down in the past few days.

A sign on the park's entrance warns of the baiting. 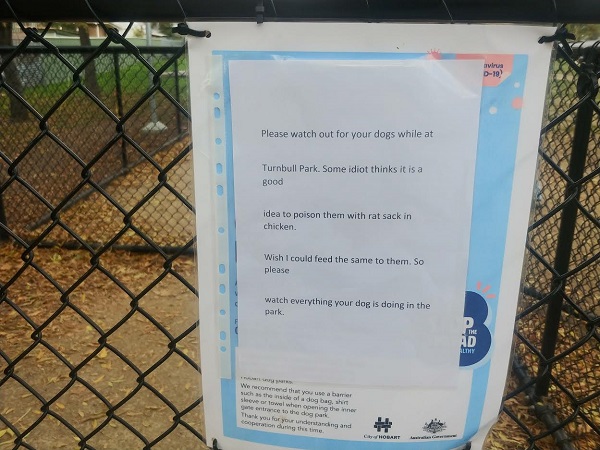 Of the few exercising their dogs in the park today (Monday), it is certainly front of mind.

"I just think it's very sad that someone would stoop so low as to harm an innocent dog. Maybe they have a particular issue, maybe when they were young that would make them resort to something so disgusting, really."

Another said "I walk my dog here just about every day, so it's very concerning. Just gathering from being here this morning that there are not many people here, so obviously people are keeping their dogs inside."