19 dead, 322 new cases of COVID-19 in Vic - Victoria has yet again recorded its deadliest day of the pandemic with 19 deaths and 322 new cases.The Department of Health and Human Services confirm ...
Rain and wind lash Sydney, NSW south coast - Heavy rain and howling winds have battered the NSW south coast and prompted community evacuations, while Sydney and the Blue Mountains are also being ...
NRL set to consider bigger COVID sanctions - The NRL will consider heavier sanctions for players and officials who breach the bubble, with Peter V'landys warning they are putting all Queensland t ...
NT man fined for leaving quarantine early - A man with just one day of mandatory quarantine to go in the Northern Territory has been hit with a $5000 fine after he was caught trying to sneak out ...
Qld prisoner allegedly bit officer's hand - A prison officer will have to undergo blood tests after a prisoner lunged and bit him at a correctional facility in far north Queensland.Officers at L ...
Man shot with crossbow in western Sydney - A 40-year-old man has been wounded in the head, chest and arm after allegedly being attacked with a crossbow in the western Sydney suburb of Yagoona.T ...
Campaign to tackle COVID drinking habits - Many Australians have picked up new habits during the coronavirus lockdown with almost one in eight drinking alcohol every day since the pandemic bega ...
Learner motorcyclists speeding - A motorbike has been seized by police and another has been returned to its registered owner, after two L-platers were caught speeding in separate in ...
Almost 270 fined for Vic virus breaches - Almost 270 Victorians have been fined for breaching coronavirus restrictions, including a man helping a friend to move a TV across Melbourne.Victoria ...
Syd Bunnings staffmember positive to virus - A staff member at Bunnings in Sydney's west has tested positive to COVID-19.NSW Health has issued advice to shoppers who attended Bunnings in Campbell ... 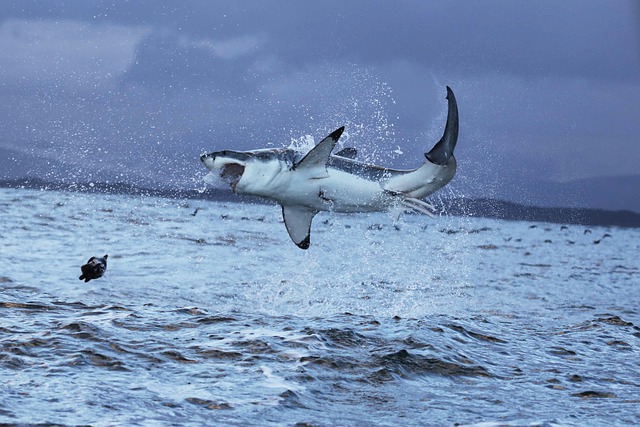 Another large Great White has been reported.

Fishermen 5 to 10 kilometres off Tasmania's North coast near Tenth Island describe the shark as 3.4 to 4 metres.

Police have issued a community alert.

It follows 10 year old Latrobe boy Lucas Arnott being pulled from a boat by a Great White of similar length off Stanley on July 17th.

The species and size in that encounter was concluded by the CSIRO examining the bite torn life jacket Lucas was wearing.

His dad jumping in the water scared the shark away, Lucas was left with head, arm and chest injuries