Have your say: Bridgewater Bridge concepts

Four top construction companies are in the race to build the new Bridgewater Bridge, either beside the existing ageing span or replacing it completely.

The State Government is after public feedback on two possible designs (pictured), both featuring two lanes in each direction and shared pedestrian and bike paths.

Other design requirements include safety barriers and the possibility of rail.

“The reference design is not the final design and is likely to evolve during the competitive design process as tenderers use their specialist knowledge and expertise to improve the design to achieve the best outcomes for Tasmanians," said Infrastructure Minister Michael Ferguson.

Proposals for the $576 million project are being assessed and a build contract is due for issue at the end of next year.

Have your say here: https://www.transport.tas.gov.au/projectsplanning/road_projects/south_road_projects/bridgewaterbridge 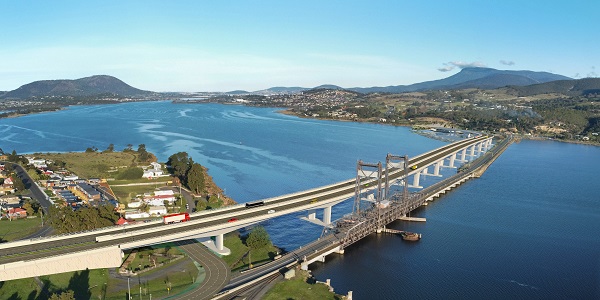