Australia to drop Kyoto credits plan - Environmentalists are calling for a reset of the federal government's climate policy in response to a report it will no longer use Kyoto carryover cre ...
A look at Tasmania's future population - Tasmania's population growth has halved due to the pandemic. The Federal Government&rsquo;s newly established Centre for Population has found T ...
At least 17 killed in Brazil bus plunge - At least 17 people have died in eastern Brazil after a bus fell 15 metres off a bridge, newspaper Estado de Minas Gerais reports.Twelve people died at ...
WikiLeaks founder's fate hangs in balance - The father of WikiLeaks founder Julian Assange retains hope that the incoming Biden administration will look more favourably on his son's plight than ...
Euthanasia poised to pass - Voluntary assisted dying laws are virtually guaranteed to be introduced in Tasmania after it became clear they will pass the lower house of parliame ...
Alcohol harm greatest in three life stages - Australians scientists have narrowed down the three stages in life when the effects of even moderate alcohol consumption are most harmful.People are m ...
Qld waiting on virus test results in NSW - The Queensland government is unlikely to close the border to NSW but is waiting to learn whether or not a Sydney patient caught coronavirus in the com ...
Man accused of importing 'child-like' sex doll parts - A Border Force search at South Hobart has allegedly come up with some disturbing evidence. ABF officers at the Melbourne Container Examination Faci ...
Fishers missing off Kangaroo Island found - Two men missing in waters off Kangaroo Island have been found.The pair had left Cape Jervis, south of Adelaide, on Thursday afternoon heading to Cape ...
Tassie's payday after cable saga - Tasmania's longrunning Basslink dispute has been resolved in favour of the state. An arbitrator brought in to determine liability for the 2015 powe ...

Next phase of hydro plans 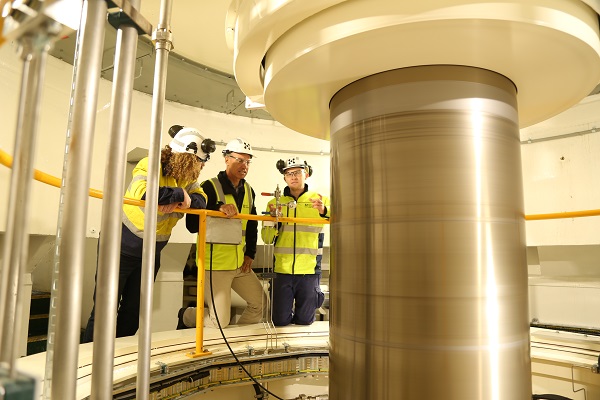 3 feasibility studies will be conducted into possible large scale hydrogen production in Tasmania.

Origin Energy, ABEL Energy and Grange Resources will share in $2.6 million in grants to undertake the work.

It's funded under the state government's $50 million Tasmanian Renewable Hydrogen Industry Development Funding Program, which aims to turn the Apple Isle into a renewable hydrogen powerhouse, both selling and using the clean gas.

Two of the three companies are eying production in the Bell Bay Advanced Manufacturing Zone; Origin's export scale green hydrogen and ammonia plant would produce around 420,000 tonnes of green ammonia per annum, while ABEL Energy’s looking into a 100 MW project for green hydrogen and methanol export.

Grange Resources’ is contemplating a 90-100 MW renewable hydrogen project to provide process heat at its Port Latta facility in the North West.

Minister for Energy Guy Barnett has also announced Fortescue Metals Group’s potential development of a 250MW hydrogen and green ammonia production facility at Bell Bay, with a decision to be made next year

“Subject to this decision, the project has the potential to create more than 350 construction jobs and 100 operational roles for the initial phase. Using Tasmania’s renewable energy resources, there is opportunity for further expansion,” Minister Barnett said.

“It’s more confirmation of Tasmania’s competitive advantages in renewable hydrogen production, based on our low-cost, abundant and reliable renewable energy resources, our access to plentiful fresh water and our prime ‘hydrogen hub’ locations such as the Bell Bay Advanced Manufacturing Zone."

“BBAMZ have been preparing for a Hydrogen future for Bell Bay and these announcements show our vision and hard work coming to fruition”, said Chair Leigh Darcy.