Australia to drop Kyoto credits plan - Environmentalists are calling for a reset of the federal government's climate policy in response to a report it will no longer use Kyoto carryover cre ...
A look at Tasmania's future population - Tasmania's population growth has halved due to the pandemic. The Federal Government&rsquo;s newly established Centre for Population has found T ...
At least 17 killed in Brazil bus plunge - At least 17 people have died in eastern Brazil after a bus fell 15 metres off a bridge, newspaper Estado de Minas Gerais reports.Twelve people died at ...
WikiLeaks founder's fate hangs in balance - The father of WikiLeaks founder Julian Assange retains hope that the incoming Biden administration will look more favourably on his son's plight than ...
Euthanasia poised to pass - Voluntary assisted dying laws are virtually guaranteed to be introduced in Tasmania after it became clear they will pass the lower house of parliame ...
Alcohol harm greatest in three life stages - Australians scientists have narrowed down the three stages in life when the effects of even moderate alcohol consumption are most harmful.People are m ...
Qld waiting on virus test results in NSW - The Queensland government is unlikely to close the border to NSW but is waiting to learn whether or not a Sydney patient caught coronavirus in the com ...
Man accused of importing 'child-like' sex doll parts - A Border Force search at South Hobart has allegedly come up with some disturbing evidence. ABF officers at the Melbourne Container Examination Faci ...
Fishers missing off Kangaroo Island found - Two men missing in waters off Kangaroo Island have been found.The pair had left Cape Jervis, south of Adelaide, on Thursday afternoon heading to Cape ...
Tassie's payday after cable saga - Tasmania's longrunning Basslink dispute has been resolved in favour of the state. An arbitrator brought in to determine liability for the 2015 powe ... 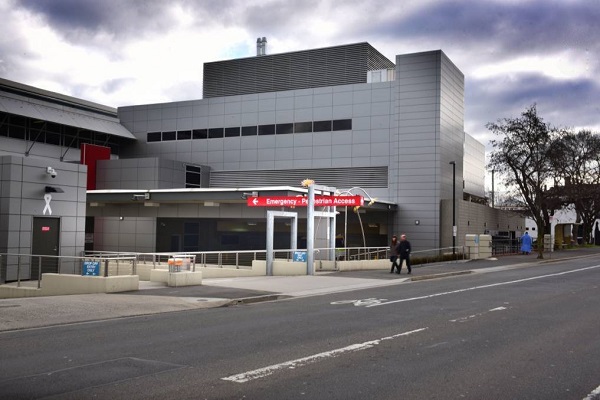 Labor and the Greens are continuing to put the blowtorch on the Tasmanian Government, claiming its arms-length inquiry into an accused paedophile nurse scandal doesn't go far enough.

James Geoffrey Griffin worked at the Launceston General Hospital for around a decade after a complaint was made against him - before he committed suicide last year, he'd boasted online about drugging and abusing children.

Pictures of sick children were found among a hoard of child exploitation material located by police at his Legana home last year.

While the Premier maintains an independent investigation into what went wrong is sufficient, Green Rosalie Woodruff says a deeper dive is needed.

"The investigation has been proposed by the minister, by this government, is manifestly inadequate."

The Liberal Government has continued to hide details of the inquiry from the media, and there are concerns that the investigation won't go far enough.

"It will not get to the bottom of the rottenness that enabled this man to stay in that position."

Labor's former Health Minister Michelle O'Byrne has apologised, saying she was never told of any issues due to an apparent cover up culture.

"Staff made complaints, and they were ignored. Staff were told they would feel the affects of the state service act if they chose to speak up. They were silenced."

After the allegations were brought to light, several institutions who had employed James Geoffrey Griffin before his time working at the Launceston General Hospital have commenced their own investigations.

The University of Tasmania is conducting an internal investigation after news came to light that James Geoffrey Griffin was employed as a property officer in student accommodation at the university's Newnham campus for over a decade.

Griffin was also hired through a a labour hire company that provided relief medic service on the Spirit of Tasmania ferries.

Victims are urged to come forward to assist in the investigations.