Shops targeted in burglary rampage - An investigation is underway into a series of burglaries at businesses in the Launceston area in the early hours of Tuesday morning. Four offenders ...
Virus measures will remain despite vaccine - Australians have been warned coronavirus vaccines will not trigger wholesale changes to restrictions when the rollout ramps up in coming months.Acting ...
No local cases in NSW, but tests a concern - NSW has recorded another day without a new local COVID-19 case, but authorities have raised concerns about the drop in testing numbers.Two coronavirus ...
January 26 forever changed Australia: PM - Scott Morrison says there is no escaping the fact January 26 marks the date Australia changed forever.The prime minister argues that is exactly why Au ...
Man charged over alleged kidnapping - Police have charged a 41-year-old man from Rosebery in relation to the alleged abduction of a young girl at the Montagu campgrounds near Smithton on ...
Tassie's Grace Tame wins top honour - Photo of Grace Tame (AAP Image/Supplied) Sexual assault survivor and advocate Tasmanian Grace Tame has been named the Australian of the Year. She ...
Aussie of the Year vows to keep up fight - Australian of the Year Grace Tame is feeling humbled and empowered as she prepares to help educate the nation on child sexual assault in a bid to stam ...
Homes lost in Adelaide bushfire - Two homes are among the structures destroyed by a bushfire that burned uncontrolled in the hills southeast of Adelaide.The Cherry Garden blaze in the ...
Australia closes bubble with New Zealand - Australia has put a stop to the New Zealand travel bubble for 72 hours after a South African variant of COVID-19 was detected in a woman after 14 days ...
NRL investigates Norman over street fight - St George Illawarra star Corey Norman is being investigated by the NRL's integrity unit over a street brawl he claims was provoked by racial abuse in ... 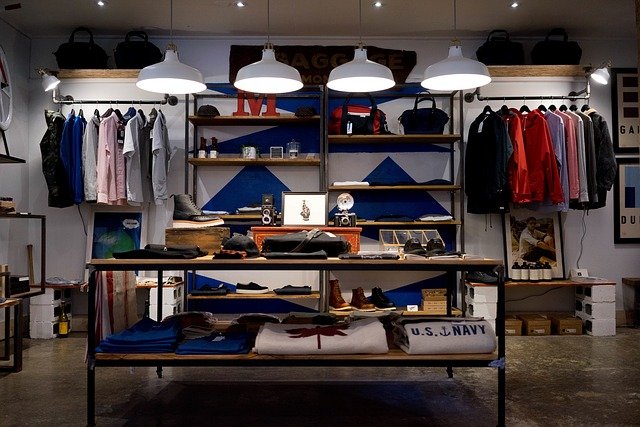 Tasmania's retail operators are starting the year with irrefutable evidence shoppers have returned to spending in a solid way.

New ABS data on retail turnover for November finds the state had one of the highest monthly increases in Australia.

It was a 3.4 per cent rise in trade, seasonally adjusted.

The state's Small Business Council has welcomed the news, also predicting December was a better-than-expected month.

"Business kept on being busy right through December and New Years Eve. That's really pleasing because I think that sector was very worried in and around that March-April period. I think many of them wondered if they'd actually survive. A lot of them have survived and they're doing reasonably well," CEO Robert Mallett said.

Mr Mallett says Black Friday and Cyber Monday at the end of the month continued the trend.

"Anedoctal evidence from retailers throughout the city as well as personal observations was that most of the CBDs were really pumping and it was fantastic to see. A little prediction: I think December will be equally as good."

Across the country, retail sales increased 13.3 per cent last November, compared to the same time in 2019.

“November was an incredible month, with $31.7 billion worth of retail trade across the country – and that’s provided a much-needed shot in the arm for Australian retailers after what was a very challenging year,” Australian Retailers Association CEO Paul Zahra said.

“Online has continued to be a powerhouse of activity, providing some offset against restrictions and Covid safety concerns. Australia Post reported December as its biggest month in history, with more than 52 million parcels delivered – an almost 20 per cent increase on the previous year. Total online sales in Australia have hit 11 per cent compared to 7.2 per cent the same time last year.

“We’re cautiously optimistic for retail in 2021, however there are concerns with JobKeeper and JobSeeker ending at the end of March. These two schemes have been key to stimulating the economy, and we know there are pockets of retail still struggling – in particular those who’ve been in areas affected by lockdowns in recent months,” Mr Zahra said.