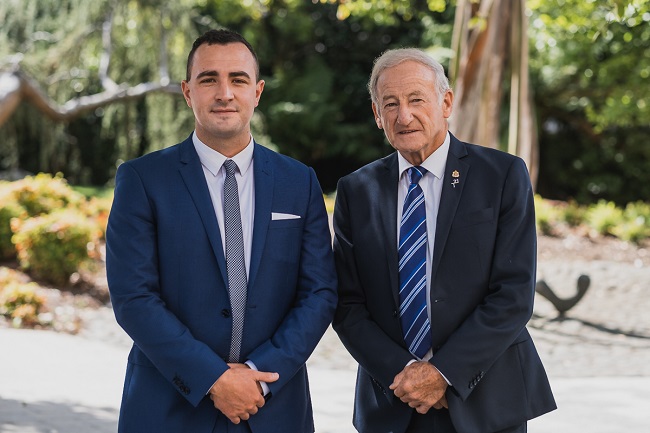 Former police officer and Young Tasmanian of the Year Will Smith is running as an independent candidate in the upcoming Legislative Council election in Windermere.

It follows veteran incumbent Ivan Dean's announcement that he's not throwing his hat in the ring again after 18 years, choosing instead to endorse the 27-year-old Mr Smith.

"I am committed to listening to the priorities of the people of Windermere. It is important that the Legislative Council remains independent if it is to serve the people as a true house of review. I have stepped up as an Independent Candidate to make sure that the Windermere Electorate continues to be represented by an independent person with strong values, who will offer a contemporary insight into the needs of the Tasmanian Community,” Mr Smith said.

One of the other Upper House seats going to the polls in May is Derwent, where local mayor Ben Shaw has announced he'll run for the Liberals.

"That will at least create a bit of a contest of sorts for Derwent which had a very low profile election last time. That said, Derwent has been held by Labor for a very long time and is about the closest thing the Legislative Council to a 'safe seat,'" political analyst Dr Kevin Bonham said.

"This Ivan Dean announcement is interesting with the attempt to hand over to Will Smith. It's challenging for independents to convince the electorate to replace them with another independent sometimes it doesn't rub off. It will be interesting to see how it goes. It seems like it's been silkily managed so far," Dr Bonham said.