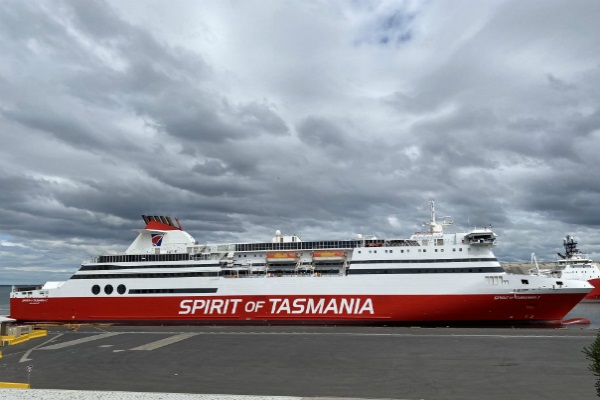 Weather has taken a toll on the Spirit of Tasmania which has had hundreds of passengers and animals stuck on board waiting for the Port of Melbourne to reopen.

Its twin ship has been lingering in Port Phillip Bay unable to dock in Melbourne from its overnight trip out of Devonport.

There have been cases of weather inflicted roof damage and fallen trees across expanses of Tasmania's north including Launceston.

In the north west, Latrobe's Gilbert Street had a tree crash onto powerlines this morning.

It's all 'small change' compared to Victoria where 160,000 premises are without power and the SES has attended 6000 jobs in 24 hours.

Luke Johnston from the Bureau of Meteorology has also found an unusual disparity when it comes to snow.

"The one strange about Tasmania it hasn't snowed here, the coldest air with this weather system moved over the south east of the mainland, so there's been lots of snow about Alpine regions of the south east of Australia, but Tasmania for once has missed out on the snow."