Three climate change protesters will be prosecuted for obstructing the flow of traffic after they blocked off southern Tasmania's main fuel terminal.

The trio lay down on the road into Selfs Point on Friday morning after being chained to concrete blocks.

Numerous petrol and gas trucks were turned away due to the pre-dawn blockade.

Police attended and warned the activists they'd be arrested if they refused to leave; most then dispersed.

Speaking at the scene, one activist admitted they'd attended using petrol-fuelled vehicles themselves.

"We do it because we have to, and because we do not have alternatives at this point, so unwillingly contribute to the climate and ecological crisis that is ongoing and continuing into the future," he said.

"We're here to demand that the government provide us with alternatives so that we can get to work quickly, sustainably, in the form of cheaper, more reliable electric public transport." 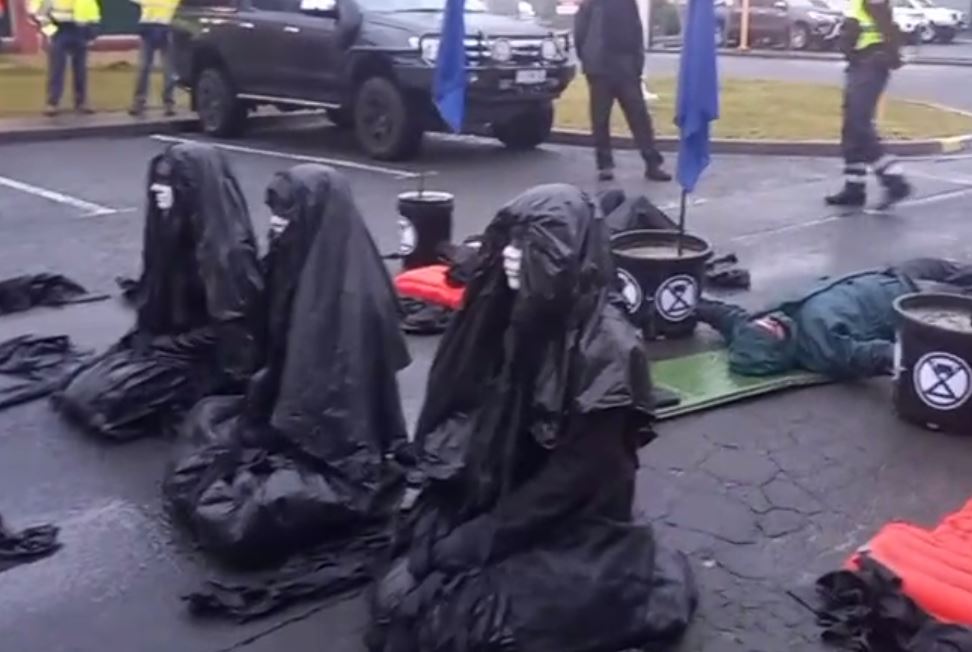