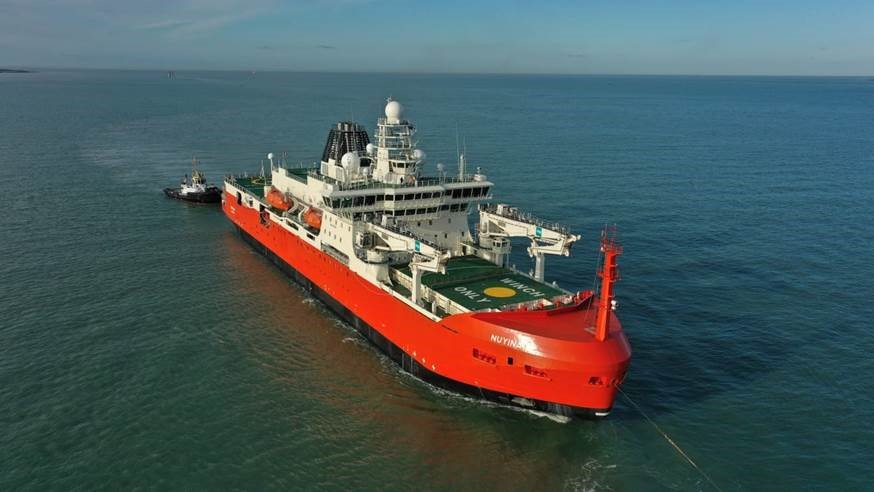 Australia's new icebreaker, in Hobart in around a month's time, is expected to inject around $30 million a year into the Tasmanian economy

Tasmanian Shipping Supplies has won the provedoring contract for the RSV Nuyina, which replaces the beloved Aurora Australis in underpinning the nation's Antarctic research program.

The $1.91 billion vessel began its 24,000 kilometre journey to Tasmania from the Netherlands around a fortnight ago.

The latest tracking data indicates it's heading south off the west coast of Africa.

"Like all Tasmanians, I look forward to welcoming the RSV Nuyina to the Port of Hobart for the first time next month and I am sure Tasmanians will line the River Derwent to get a glimpse of the $1.91 billion vessel," said State Development Minister Michael Ferguson.

"Tasmanian Shipping Supplies has a long and successful association with Australia’s Antarctic and marine science shipping program and has also established a close association resupplied vessels associated with the French, Italian and Chinese programs."