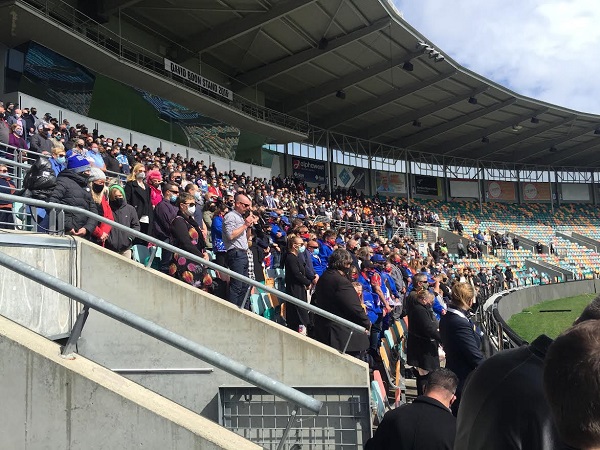 The life of popular Tasmanian media identity Adrian Morrisby has been celebrated at Hobart's Bellerive Oval.

He is being remembered for his kind, upbeat personality and community mindedness.

Passing aged just 49, Mozza was well known in motorsport and he had a weekly appearance on breakfast radio in Hobart for another passion, fishing.

"Character lives on after death and I don't think there is a single person that I know in this world that means more than it would to Mozza, because he will never die in our eyes, rest in peace Mozza."

Mozza was an avid supporter of his son's go-karting, young Sam speaking at his Dad's service today and drawing some laughs.

"Sorry Mum I have to say this, but oh my bloody God, there's a lot of people here."

As they say, the apple doesn't fall from the tree.