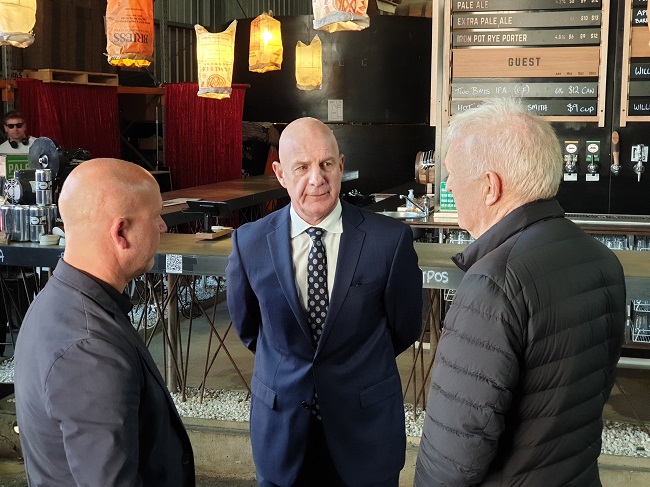 Early bird tickets are now on sale for the Hobart's Taste festival this summer, which has been running since 1988.

A cap of 5000 people will be in place at Princes Wharf 1, on a "one in-one out" basis - a format which organisers say is financially viable.

80 operators have been contracted to showcase the state's best food and wine.

Taste of Summer Chair Jarrod Nation officially launched the festival with the Premier and Tourism Minister this morning.

Mr Nation is confident it'll be a hit regardless of whether the state is open to NSW and Victoria or not.

"All of our modelling has been based on Tasmanians attending the event," he said.

"If borders are open that'd be wonderful, but we don't need borders open to run an all-Tasmanian event."

But the Premier IS anticipating border restrictions have eased by the time of the event.

"We will achieve 90 percent double vaccination by the 1st of December," Peter Gutwein said.

"Shortly thereafter we expect the 12-15 year old cohort to have received at least their first vaccination and the expectation is that we'll be open by Christmas.

"That's the plan that we're working towards," he said.