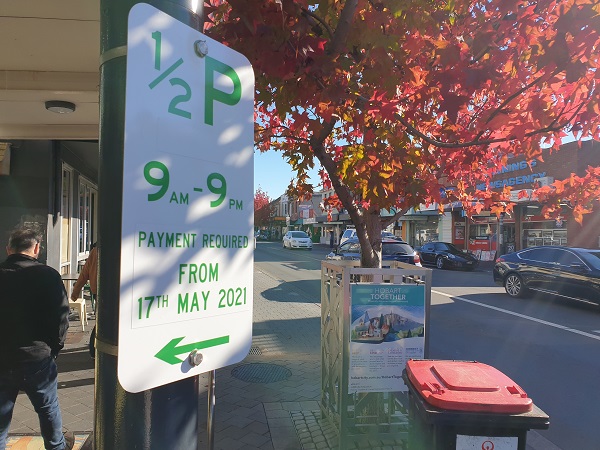 Hobart City Council will re-evaluate the impact of its parking policies on local businesses as well as examining the possible introduction of a parking voucher scheme.

It came after more than 3800 people signed a petition calling for urgent action on parking, including fee cuts.

Louise Bloomfield from the Confederation of Greater Hobart Business told the meeting it's high time for a rethink.

"Many surveys by the council have shown the value of unique small businesses in and around the city, yet these same businesses, many of which are struggling, feel ignored and undervalued," she said.

"The ability to access a customer base is essential."

Alderman Simon Behrakis was one of those to vote in favour, admitting council had gotten it wrong.

"The majority of Council voted to implement the parking policies and fees we have today, and we did so on the advice we had at the time," he said.

"It is clear that we made a mistake and we need to be mature and responsible enough to admit that fact and work to remedy the situation.

"The fact that this petition might not agree with the ideological Green sensitivities of some Councillors should not mean that those almost 4000 who chose to sign should be afforded less of a voice than petitions such as those put forward by Hobart not Highrise or other activist groups.”

"The city is committed to the continual monitoring and evaluation of the parking operations in North Hobart and across the city over the coming months as part of an evidence-based input into the development of the draft City Parking Policy," she said.

"This will be made available for public consultation in 2022."