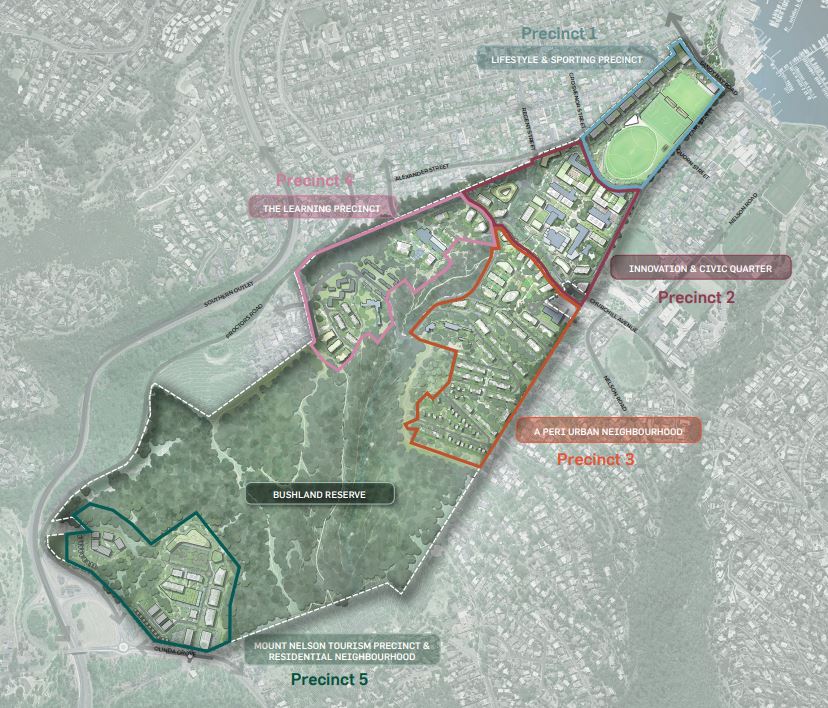 A master plan for the University of Tasmania's Sandy Bay campus is a step closer to emerging as the third round of public consultation gets underway.

The University plans to future proof its finances, hit by the international student downturn, by transforming the prime site as it continues its shift to the CBD.

The Mt Nelson soccer ovals would apparently be replaced by what's being described as a "tourism precinct".

“We see a longer-term future for the Sandy Bay campus which captures and enhances the things which make it special to staff, students, surrounding residents and the broader Hobart community,” University Vice-Chancellor Professor Rufus Black said.

“Our conversations during the first two rounds of community engagement have been very clear what those values are, producing eight key themes, and shaping how we are planning for the long-term future of the area.”

A total of four rounds of consultation will inform a planning scheme amendment application to Hobart City Council in the future.

We're being encouraged to have a say online here.