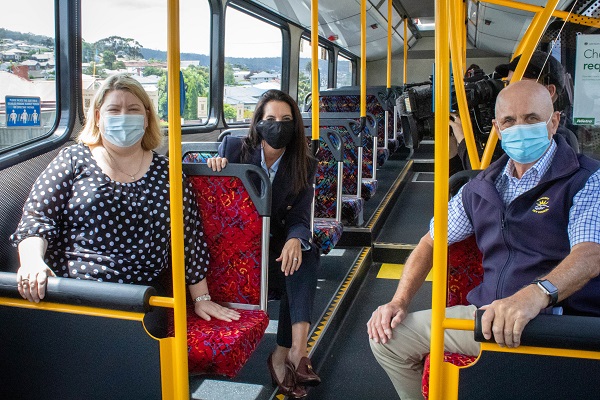 Free ferries and buses are being put on to help get tens of thousands of fans to the fifth Ashes test in Hobart starting tomorrow afternoon.

The first three days of what's being described as Tasmania's biggest-ever sporting event rapidly sold out and more than 30,000 cricket lovers expected through the gates at Blundstone Arena.

Drivers are being warned there'll only be limited parking on the eastern shore.

Metro CEO Katie Cooper says the buses will be covid safe with mask wearing and check-ins.

"There's going to be an additional 75 services running between the city and Blundstone Arena and return," she said.

"From the city, they're just going to go from the normal bus mall, and from the mall there's additional services that are being put on to both Lauderdale or Shoreline, Bridgewater, Claremont and Kingston, so they're the feeder traffics to get into the bus services."