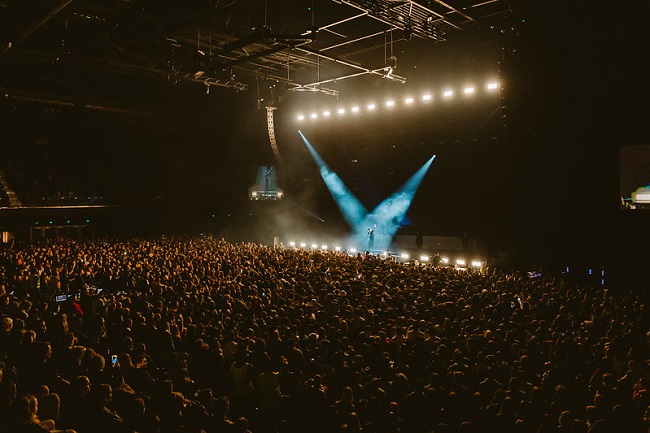 Tasmania's accommodation providers have enjoyed a record breaking June, thanks to this year's Dark Mofo.

The Tasmanian Hospitality Association has released the latest "Hotel Occupancy Report", the first time occupancy levels breaching 70% for the start of winter.

The figure was 12.14% higher than June 2021, and surpassed the previous monthly record (62.15%) set three years ago prior to the devastating impacts of the Coronavirus pandemic.

The world-renowned two-week event attracted more than 300,000 people to 45 ticketed performances, with 65% of the 72,000 tickets sold to interstate tourists.

Highlighting the impressive statistics in the south was St Ives Apartments, which had 95.47 per cent of its rooms booked.

THA Chief Executive Steve Old has praised the festival and what it's done for Tasmanian tourism.

"We’ve been in hotels for 30 years now I think as a company and whether you like David Walsh or hate David Walsh, they should give him a knighthood because he's done [so much] for the state," Mr Old said.